Trojan Throttle Controls
The throttle levers are connected to the carburetors by push-pull cables similar to those on the reverse gears. They must be so adjusted that the carburetor throttle plate opens fully, and at closed throttle position the idle adjusting screw must seat firmly against the stop.

Inertia Starter Drives - PrestoLite
The Folo-Thru type drive currently used on many starting motors has brought about difficulty due to a misunderstanding of operating and lack of information on proper servicing. This fact has been reflected by the number of drives returned for warranty which are fully operative.

The Folo-Thru drive is designed to lock and remain in the extended or engaged position until the engine starts and reaches approximately 400 to 500 RPM. The drive to flywheel ratio is fifteen to one. When the engine is turning 400 RPM the starter drive gear is turning 6,000 RPM. If the drive is locked in the extended position, it has to be reinstalled on the engine and the engine started or the drive must be turned in excess of 6,000 RPM by a wire wheel installed on an electric bench grinder to make it disengage. The illustrations below show a drive in the engaged and disengaged position. 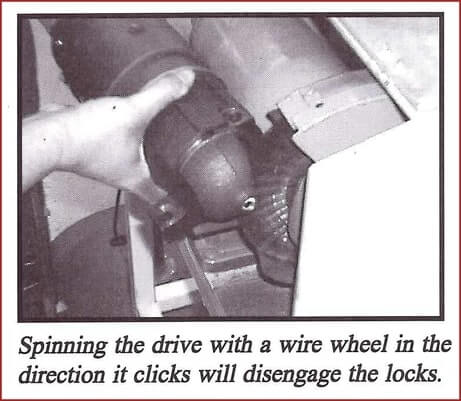 The clutch allows the pinion to turn faster or overrun the armature shaft. When engine RPM reaches 400 to 500 RPM, the pinion spins fast enough to create the needed centrifugal force to throw the spring loaded pin out of the hole in the shaft and allow the pinion to disengage. Do not condemn a drive until it has been tried in actual operation and proven faulty. 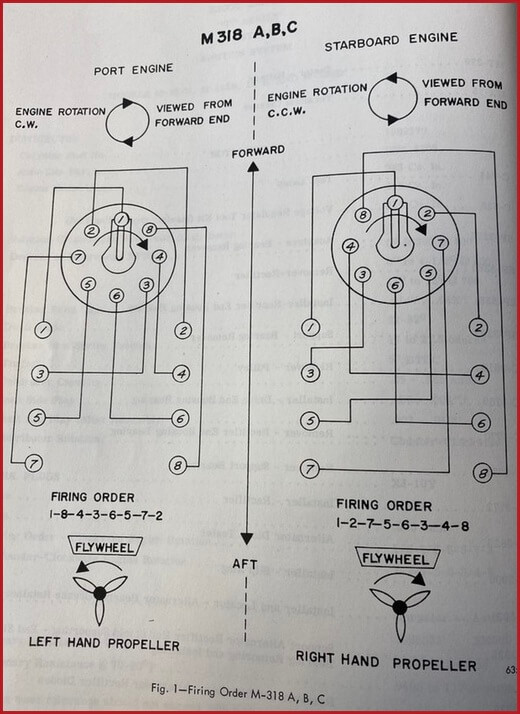 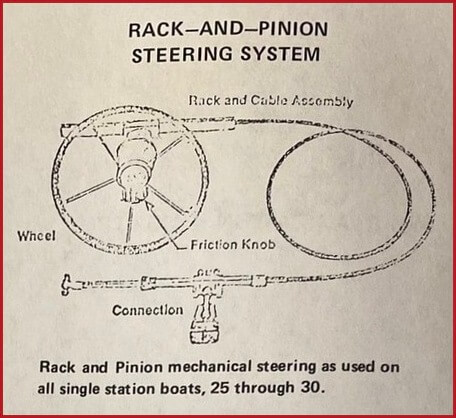 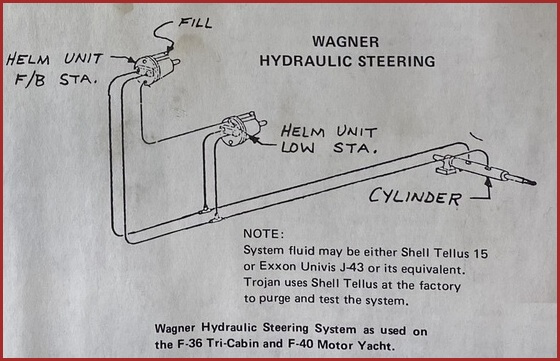 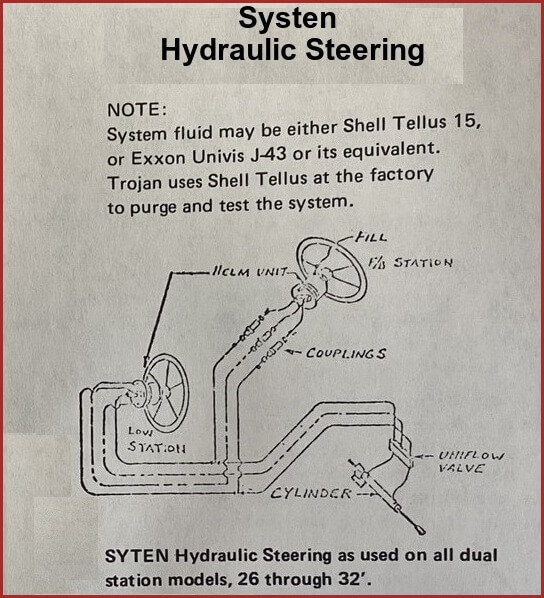 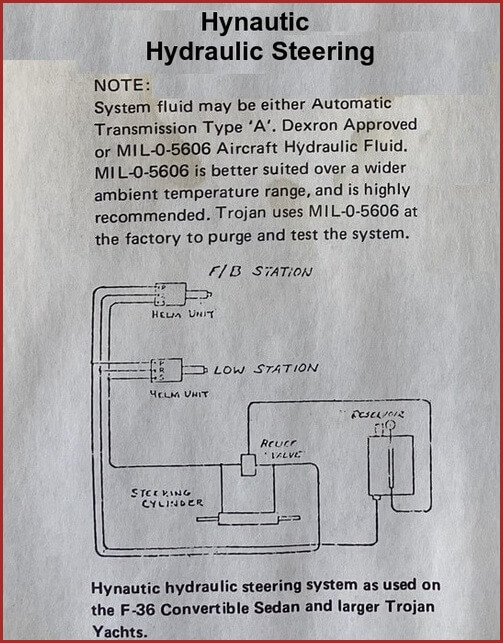 THE 1,000th Trojan 32-foot Sedan was rolled off the production line recently at Trojan Yacht's Lancaster, Pa., plant. The popular 32-footer was first offered In 1973 and has continued on a one-per-production-day schedule ever since, with no major changes to Its interior or exterior. Celebrating this milestone in cruiser production, Trojan will build a limited number of "Medallion Edition" commemorative models. Each boat, built to special order, will feature a deluxe custom Interior and a long list of luxury options. Specially coined medallions on the cabinsides will provide exterior identification.

Trojan President, Edward J. Howie, in recognizing the outstanding record of the 32, noted also the tenure of several Trojan employees, who have been on the 32 line since its Inception. These include Raymond L. Allmond (on extreme right) who has been with the company since 1971, and Donald L. Painton, Jr., (second from right) who has been with the company since 1969. Howie also mentioned Merle E. Clugston (since 1965) and Donald E. Lefever (since 1969) who have been instrumental in the layup of virtually every 32-foot Sedan. They are not shown in the photo.